The Traveling Web (Part Two) - A bit of History.

Dr Ida Rolf (1896 - 1979) is the woman whom we can doubtlessly thank for how we look at Structural Integration today. Having been been born in New York and brought up in the Bronx, she studied for her Ph.D in Biological Chemistry from the College of Physicians and Surgeons of Columbia University (Johnson. D & Feitis. R (1995). Bone, Breath and Gesture, Practices of Embodiment. North Atlantic Books). After working to become a registered Osteopath and looking in depth into the practices of Tantra Yoga and Homeopathy, as well as a plethora of other disciplines she realised her talent for unwinding the body for it's Fascial restrictions in 1940.

In 1940 she treated Ethel, a friend of a friend who had sustained a horrific fall in New York and had to stop teaching music. Although she had tried a huge range of treatments to relieve the injury, she hadn't found anything until Dr Rolf treated her. After two years she was able to work and through her successful outcome Dr Rolf's practice grew. However it was a client, Grace, that her work really started breaking fundamental barriers in body work based therapies. In her own words “The day I started working with Grace was the day I really got Rolfing going”.

Grace was crippled; she couldn't bend down to pick her tights off the floor and Dr Rolf started to 're-organize' the fascia within the body through different stretches, manipulations and continually checking in with Grace to see that the way she was working felt correct and was moving Grace's body into a place of more ease. As Dr Rolf said in an interview “That was when the first principles of Rolfing was really born – moving the soft tissue toward the place where it really belongs”.

And so she worked it out from there with the goal always to lengthen the myofascial/soft tissue so that the pressure was released off the joints to allow full movement and allow the person to have freedom in their movements. She also discovered that when the body is allowed to release from the trauma that creates the inner tension a lot of psychological relief is felt. Old baggage is allowed to fall away from the body and the person is allowed to walk forward from that point into a better place.

“Rolfing is an approach to the personality through the myofascial collagen componants of the physical body. It integrates and balances the so-called “other bodies” of man, metaphysically described as astral and etheric, now more modernly designated as the psychological, emotional, mental and spiritual aspects.” Dr I. Rolf, Psychotherapy Handbook

It was in the mid-sixties at Esalen, Big Sur, that she really got the message of her work out to the world. By this time she had developed Structural Integration into a series of 10 treatments. Working up the front of the body, down the back and around the sides, she was seeing great results with the clients that she treated. Esalen was, (and still is to a lesser extent), a place that accepted people who were searching for a way out of the main-stream think-tank. People went to 'Get Rolfed', and so the phrase 'Rolfing' was a term of endearment towards her, rather than her preferred term of 'Structural Integration'. At Esalen many people learned from her and there she was able to work on her book; Rolfing and Physical Reality and finally people where able to re-balance bodies through her amazing gifts.

Today I feel that we as body-workers have lost the fundamental principles of re-balancing through Structural Integration in it's purest form. Much like the works of Joseph Pilates, Dr Rolf's idea of working in a set 10 session approach to rebalance has now been broken down to different methods, ideas and principles to an extent that we now even use aspects of Fascia Release combined with Swedish Massage. It's a long way from where Dr Rolf felt the work should be done. She intended her work to be seen as a stand alone treatment that should be approached as a whole and not something that needed to be tinkered with. But today we tinker!

Is this wrong? I don't think it is either right or wrong. Personally I thank Dr Rolf for her dedication, work and focus to get bodies to a better place. As a therapist that has to be my own and singular reason to go to work each morning. Without her work it is very unlikely that we would even consider using yoga based stretches to allow the body to unwind, I wouldn't have been taught how to listen to the body, to see it in a correct manner to enable me to get to a place where I can create a pathway to allow my clients to get to a better place. And I thank her for fascia release in today's practices. I see aspects of her work bless people in my treatment room every day. BUT, I would still love to train in the purist form to see where we really have come from and where we can go ... We never stop learning and new research allows us to mentally move forward as well.

All the information on Dr Rolf that I have found for today's blog, as well as interviews with her, can be found in Don Johnson's book: Bones, Breath and Gesture. It's a great read if you would like to look into the resent history of today's therapeutic practices.


What I'm loving in the Treatment Room today:

Nothing; I am hold up in bed with a streaming head cold :( . I am getting through Lemsip, Vitamin C drinks and facial steam at a rate of knots.


Posted by Urban Sustenance at 01:58 No comments:

Fascia: The stuff we are made of. Beautiful strands of elastin and collagen combining with ground substance allowing us to move through our lives. Covering all cells in the body, entwining through us at levels we never though possible, fascia travels through us like a web. It makes our form continuous to the point where there is no full stop within our make-up, there isn't even room for a comma. It binds us together.

As an integral part of the body it has not been talked of much here in the U.K but I think that over the next few years it will be the one aspect of Body-Work that will be talked of more than any other. Why? Because without understanding it, without considering it within the treatment plan and without giving home care advice that incorporates fascia I don't personally believe you will see the results that you are after within your massage sessions. 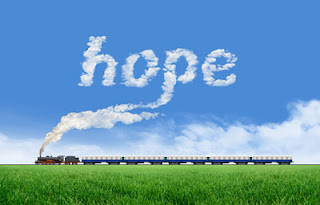 Fascia has often been called 'The Endless Web' (Schultz and Feitis) and and Tom Myers calls his way of looking at it as 'Anatomy Trains', so calling this mini blog series 'The Travelling Web' seemed to be quite fitting.

I started hearing about fascia at Westminster Uni when a fellow student said that the only reason he was doing the degree there was because he wanted to study fascia. I hadn't heard of it and he said it was a new theory on connective tissue. To be honest, the way people talked about it was like a deep secret that was only shared with a few chosen ones. Hallowed halls with hushed voices came to mind and I'm not one to go with that kind of thing. If it's worth talking about, then lets learn it and do it, but don't form a kleek out of it! Well, that was six years ago and as I didn't last more than ten weeks there I never found out if he ever did do the two classes that promised to cover it.

I did hear of it two years after that when I was taking twelve weeks off work and went to a massage workshop and met Rachel Fairweather, (Director for the Jing Institute of Massage). Rachel took the mysticism out of the fascia in about two minutes and within five we where moving it with indirect stretches. No more hushed walls and rhythmic chants from dedicated followers.

I realised that I had been very slow on the uptake of the knowledge that was swimming in my brain; nothing linked up at that time and what I had missed was that 'Rolfing' (also known as 'Structural Integration') was fascia release. Rolfing is a direct form of treatment and I'm going to go into the history of Dr. I. Rolf in the next blog. However, what Dr. I. Rolf found was that by stretching and elongating the body out of it's fixed and habitual restrictions the body released and functioned at a higher level.

Over the next few blogs we will look into:

Posted by Urban Sustenance at 08:21 No comments:

Hello again! Gosh, it's been three weeks since my last blog; you must all feel as if I have deserted you. I haven't, I was just sick and couldn't get my self together to put two words together in a coherent manner.

I have had a couple of weeks to think about the blog though and hopefully over the next few months you will see a theme beginning to take shape. I am quite keen that between the general updates of how life is going in the treatment room I start to write short 'mini series' on themes that I see crop up in the treatment room. For example, over the summer I took 6 blogs to go through head and neck pain that is brought on through muscular tension. A lot of people have commented on the fact that they found it helpful, so leading on from that I am hoping to get topics written up over 3 blogs each.

What is the reason for this? Well, I feel that it is really important that you all have the best information about your over all well being that I can find. Often going for treatments means that you are faced with lots of words, information and therapeutic jargon which can seem over whelming at best. I want to start breaking that down so that you can remain informed about your treatments and know what you are being told.

For starters I am going to look into what Fascia is. Fascia is very close to my heart as I feel that without looking into the connective tissue that binds us together treatments are ineffective and any progress in beating muscular based pain patterns are slow and frustrating.

After that we will see what crops up. I am keen to keep it relevant for you all, so if you have topics you want me to write about, do let me know when you next see me for your treatments. I want to involve skin care as well, so if you are interested in learning more about acne, eczema, rosacea, sensitivity etc. then do flag that up.

In the between then mini-series you will get blogs about events, news and general thoughts and ideas from Cornerstone Therapies. I'm doing a lot of Christmas events over November with Neal's Yard Remedies and will have photos and write ups about them as well as great gift ideas for the Christmas season.

So; I'll pop the kettle on and get my fascia books out and start writing!

Keep well and warm on this grim November morning and I look forward to seeing you soon. 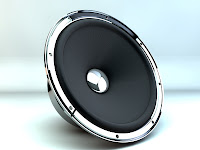 What I'm loving in the Treatment Room today:

It's warmth; it's like working in a very safe cocoon!

Music of the day:

It is beautiful flute music from India; Ragas that will allow you to relax and drift into delightful spaces.
Posted by Urban Sustenance at 00:30 No comments: